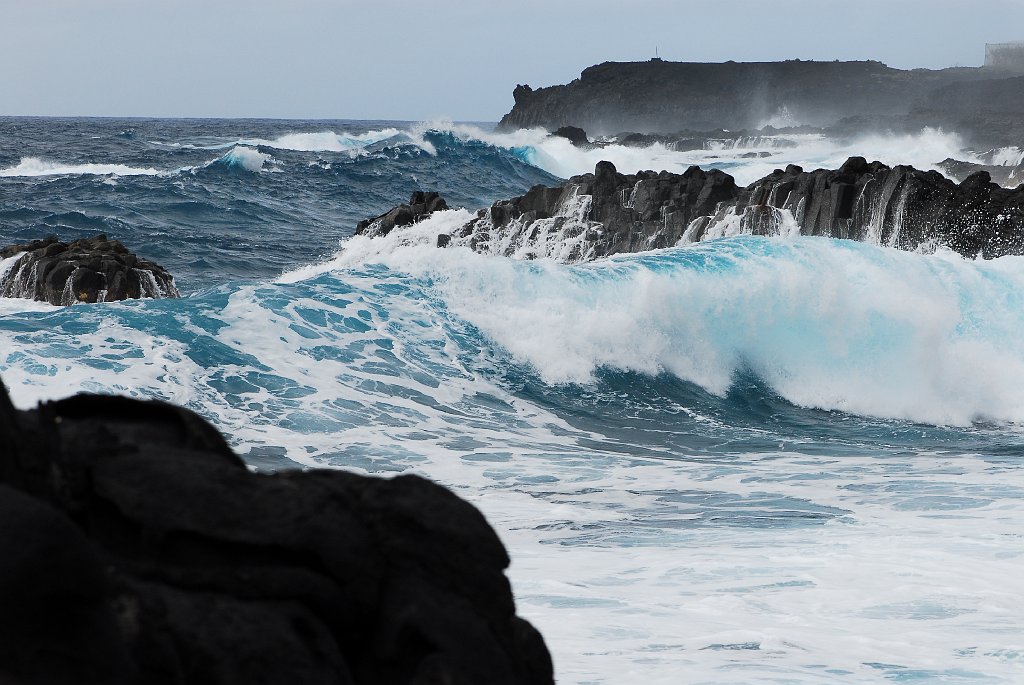 Based on our 2 week holiday in 2008, the following offers a comprehensive and honest source of general visitor info.

La Palma is a peaceful, traditional island to relax and explore. If you’re looking for a wild party atmosphere with English fish & chips and nightclubs, this probably isn’t the place for you! The island has a good year-round climate and is just a 3½ hour flight away from London airports. Looking for things to do? La Palma offers a wide variety from volcanic landscapes to lush green forests, beautiful towns and natural salt water pools. We recommend the organised coach trips to see the highlights with a knowledgeable guide or you can explore the island at your own pace by car, bus or walking.

Car hire is readily available and since the island is fairly small, it’s possible to explore most areas without having to drive too far. The road network in La Palma covers approximately 1,200 km and all the main roads are in good condition albeit a little scary at times! The island also has an efficient bus service and is a great way to get around the island if you don’t want to drive or join a tour.

Geographically, La Palma is the fifth largest of the Canary Islands in Spain, located 200 km west of the Moroccan coast in the Atlantic Ocean. The island is around 30 km across at its widest point and less than 50 km long.

Known as “Isla Bonita” (pretty island), or “Isla Verde” (green island), La Palma carries its own charm and character and being largely unspoilt and undeveloped, it offers a more natural, peaceful and relaxed environment than some of the other well-known Canary Islands. If you’ve been to Madeira, you may find some areas similar and the upper volcanic regions compare to Mount Teide in Tenerife.

The 728 square kilometres that make up La Palma are home to just under 85,000 inhabitants, many of whom are employed in the subsidised banana growing trade or the tourism industry. Banana plantations are prevalent on the island, particularly in the coastal regions and you’ll see bananas growing pretty much wherever you go.

La Palma itself is very steep for its land mass, with many areas growing steeply upwards from coastal regions to volcanic tips. This terrain forms the backdrop for some interesting walks, paragliding and in some areas cycling but since many of the roads are steep, winding and narrow, they are not ideally suited to roadside walking or cycling.

La Palma’s volcanoes are a highlight of the island and vary tremendously in their time of formation. In the centre lies Caldera de Taburiente, the largest known crater and one of the best possible walks on the island.

Aside from a place to relax and enjoy the sun, keen walkers and hikers can explore the network of way-marked paths, all of which provide varied and often stunning scenery and flora along the way.

Beautiful carved wooden balconies, old churches, charming villages and old style towns can be found across the island and are worth a visit either by excursion or bus.

The three main tourist areas of the island are Los Cancajos on the east coast, and Puerto Naos and Tazacorte, both on the west coast.

We are very pleased to say that we are recommended by ‘Holiday Hypermarket’ as a useful resource for the island. Holiday Hypermarket, a trading name of TUI, search all major tour operators to find you the best priced package holiday available.